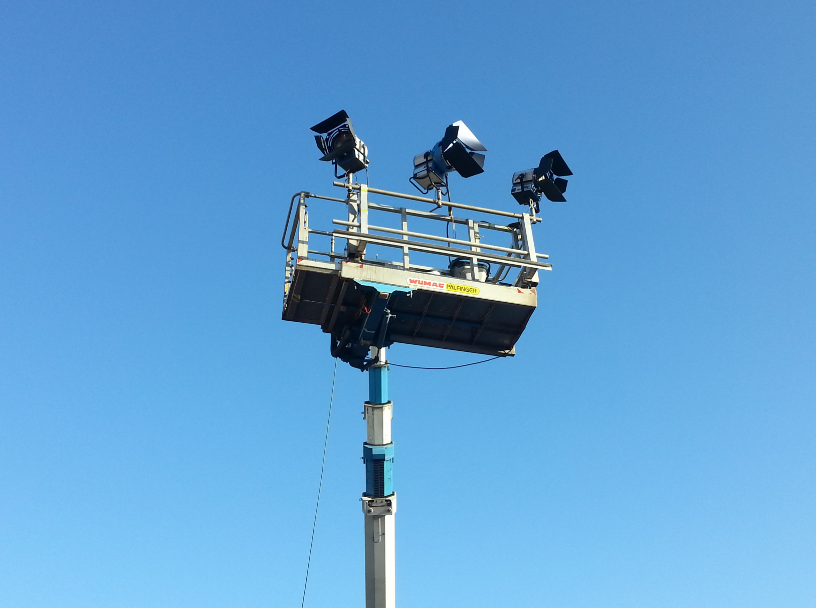 Truck Mount Cherry Pickers are often hired within the TV, Film and Lighting industry. On this occasion we were contacted by a client with the request to hire a 45m Truck Mounted Cherry Picker complete with one of our bespoke lighting rig’s for the filming of a new BBC One drama series in Barnsley.

Based on the bestselling novel by Susanna Clarke and adapted by Peter Harness, Eddie Marsan and Olivier award-winning Bertie Carvel take on the magical roles of Jonathan Strange and Mr Norrell in this new seven-part drama series.

Set at the beginning of the 19th-century, England no longer believes in practical magic. The reclusive Mr Norrell (Marsan) of Hurtfew Abbey stuns the city of York when he causes the statues of York Cathedral to speak and move. With a little persuasion and help from his man of business Childermass (Cilenti), he goes to London to help the government in the war against Napoleon. It is there Norrell summons a fairy to bring Lady Pole (Englert) back from the dead, opening a whole can of worms…

Eddie Marsan, playing Mr Norrell, says: “I can’t wait to start playing Norrell in this terrific adaptation of Susanna Clarke’s novel, and to be working with such a cast of actors, many of whom I’ve admired for so long.”

Jonathan Strange (Carvel) is charming, rich and arrogant. Whilst trying to secure his beloved Arabella’s (Riley) hand in marriage, he meets the magician of Threadneedle Street, Vinculus (Kaye), who tells him he is destined to be a great magician. A shaken and disturbed Strange initially dismisses the claims, but intrigue overcomes and in an attempt to find his occupation, he tries to practise magic.

Bertie Carvel, playing Jonathan Strange, says: “I read the book some years ago and was totally enchanted. I’ve been casting spells for the part of Strange ever since. It is a considerable surprise to find that some of them worked!”

Working in the dead of night, a Blade Access 45m Truck Mounted Cherry Picker was hired to provide a safe and sturdy lighting rig on set. Hired with a bespoke Blade Access Lighting Rig, the equipment made it effortless for the lighting technicians to assemble the lighting equipment on the Cherry Picker. Our IPAF Trained cherry picker operator was able to elevate the light’s to the desired height in a matter of minutes saving precious time on set. 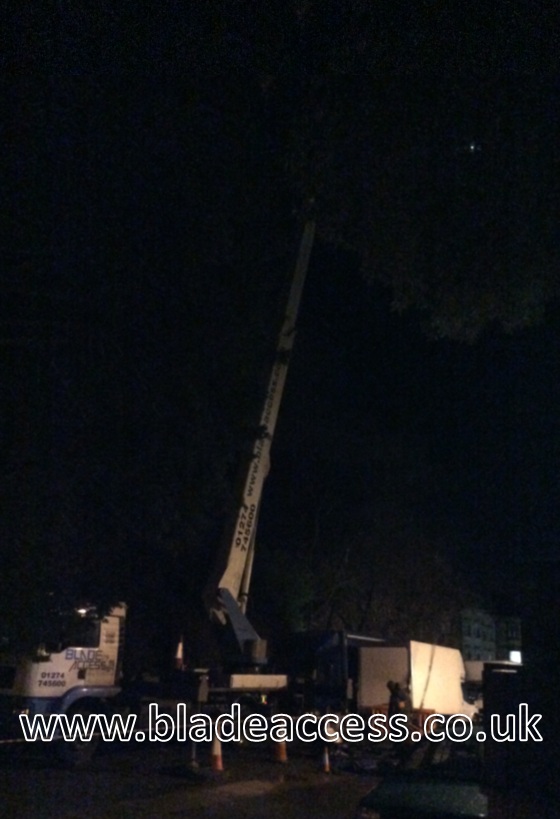 During filming break times, our cherry picker operator was also able to use the built in memory positioning function which allowed the lights to be brought safely back down to the ground and then returned back to their exact position and height once filming resumed. 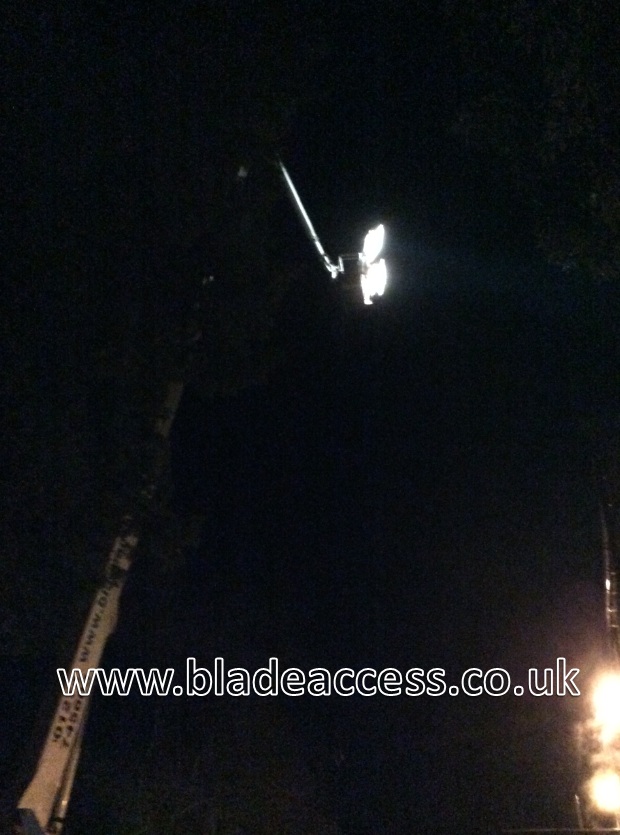 If you would like further information relating to our TV, Film and Lighting cherry picker attachments please just call a member of our hire desk team today on 0845 1 900 800.

Get our latest news straight to your inbox

DON’T MISS OUT!
Subscribe To Our Newsletter
Be the first to get our latest news & updates straight to your email inbox.
Give it a try, you can unsubscribe anytime.

Powered by Convert Plus